Classical music made for improvise and exercise with on the piano.

These backing tracks are music made for play along with using various major and minor scales, which are indicated with charts adjacent to each track. The Orchestra Backing Tracks album include instrumental tracks classical music with instruments such as harp, cello, violin and strings, but without the grand piano. 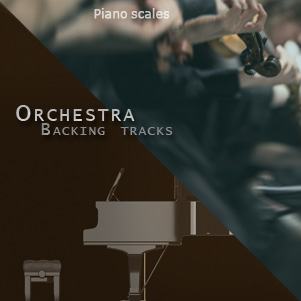 The full album (including 10 tracks) is available in the member area.