Music without piano parts made for improvise and exercise with on electric piano.

A single scale can be used for each backing track. It is, however, possible to use other scales besides the suggested ones. You could for example try Pentatonic scales together or instead for the major and minor scales. 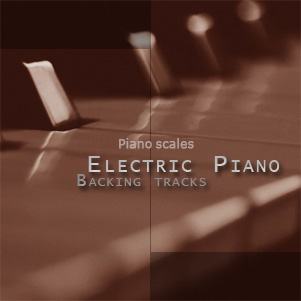 The full album (including 15 tracks) is available in the member area.